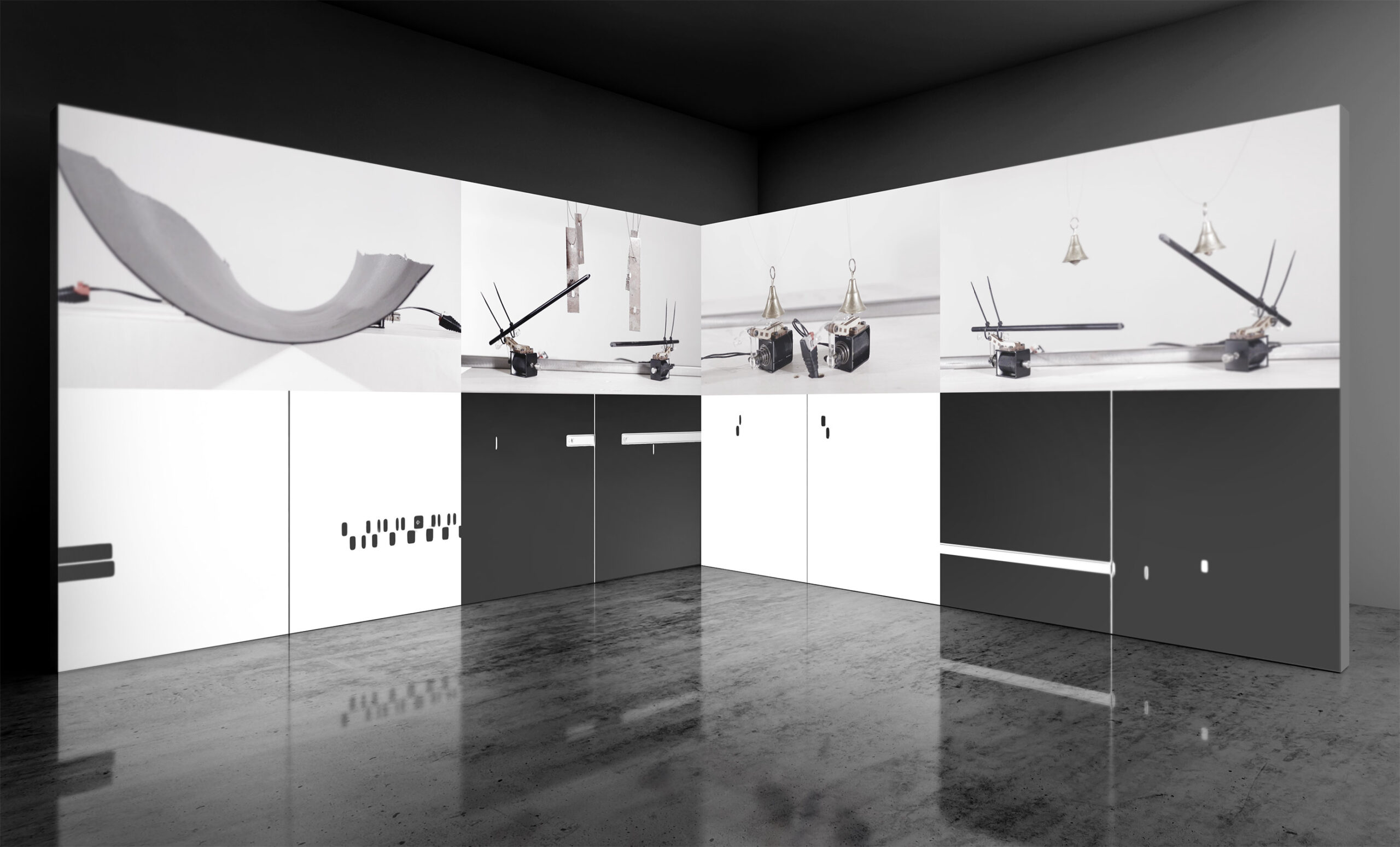 The film is based on a static arrangement of elements of film set design, which at the same time act as sound triggers, juxtaposed with a graphic representation of a synthetic music score. These objects perform a four-voice composition, which is intended to emphasize the loose time relationships between the objects. For each of them, time elapses at a slightly different rate, similarly to the particular parts of Witold Lutosławski’s ‘Jeux Vénitiens’. Aleatoric structure of the composition allows for the independent expression of individual elements of the applied arrangement. 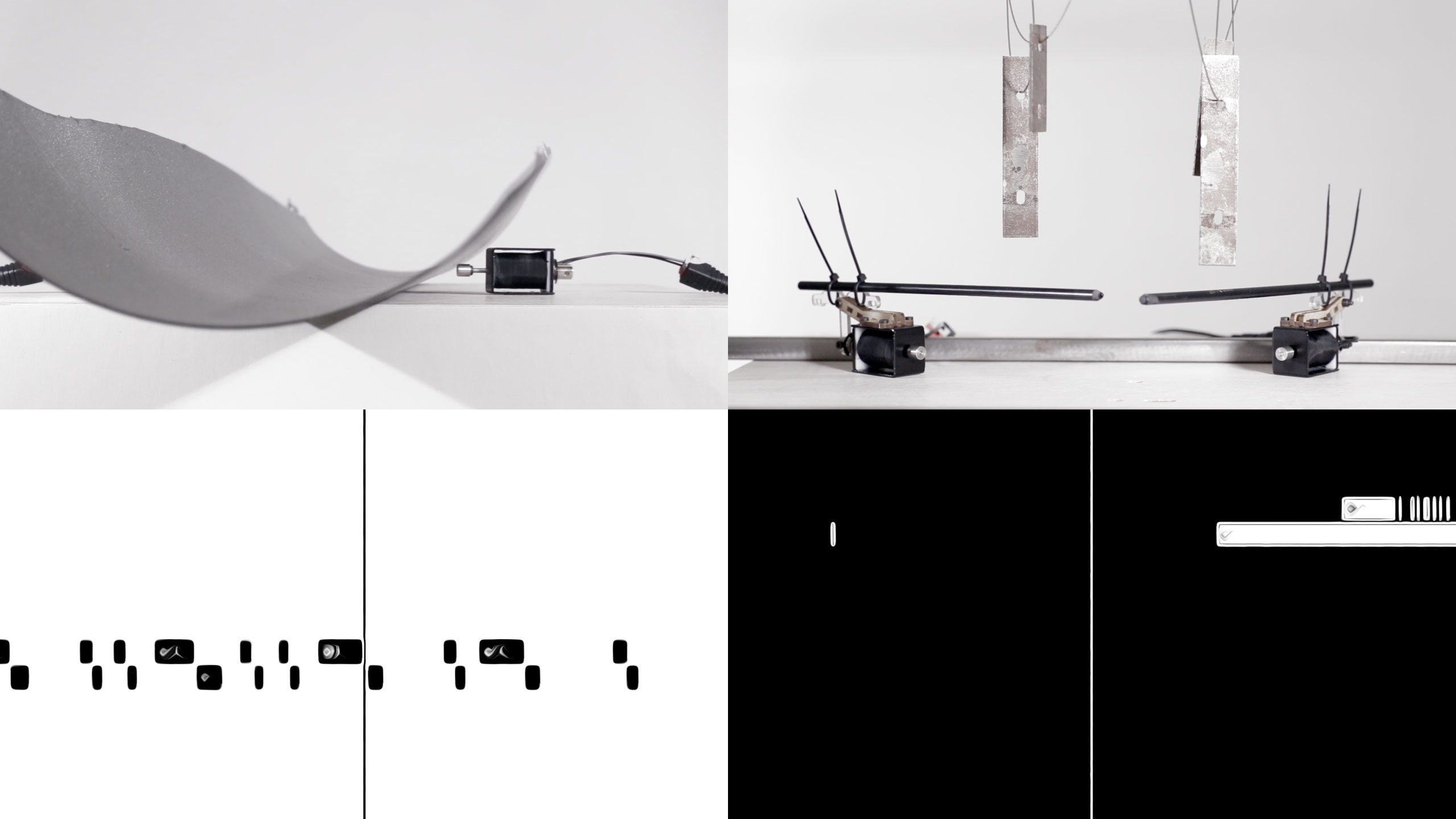 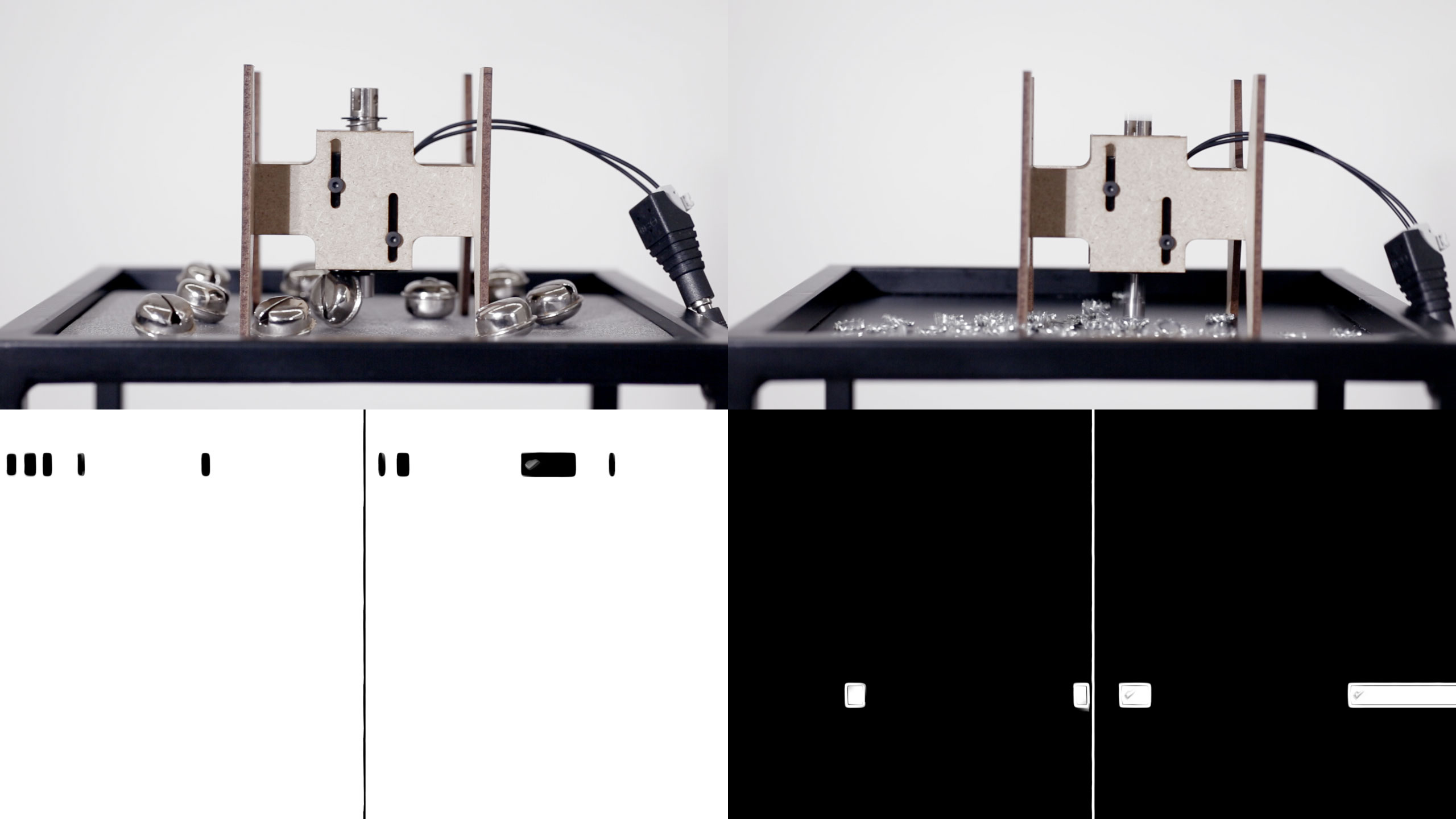 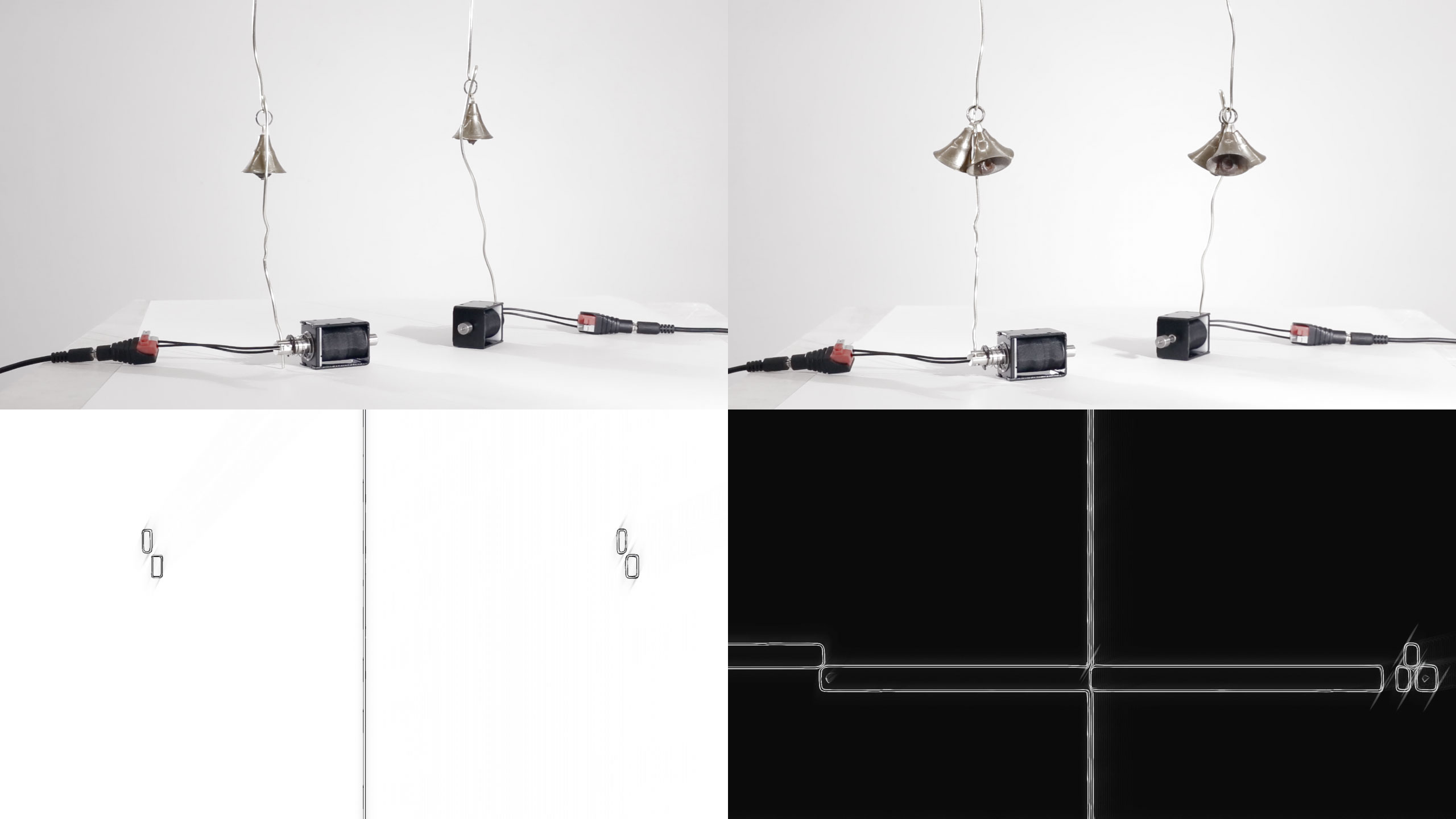 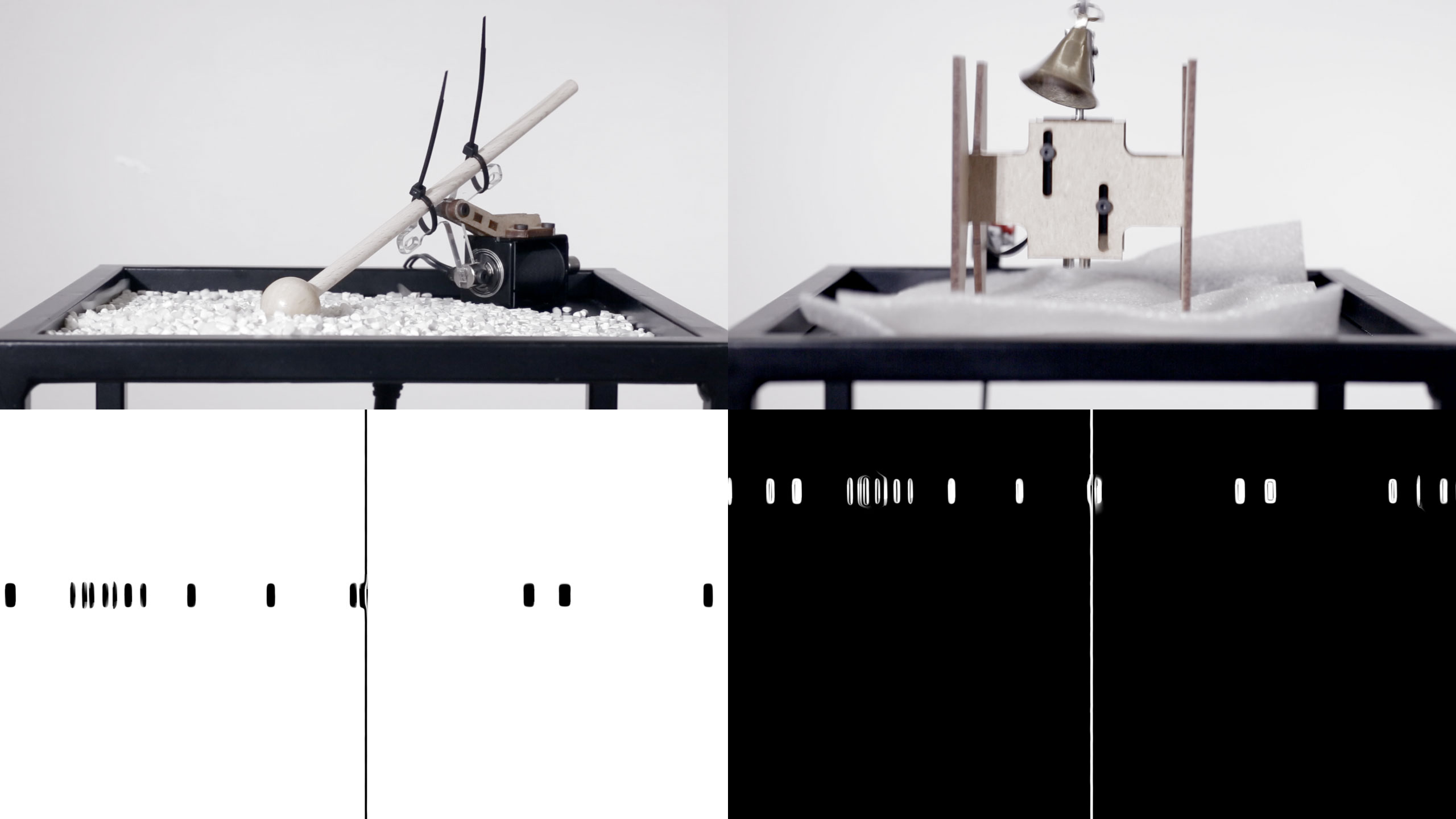 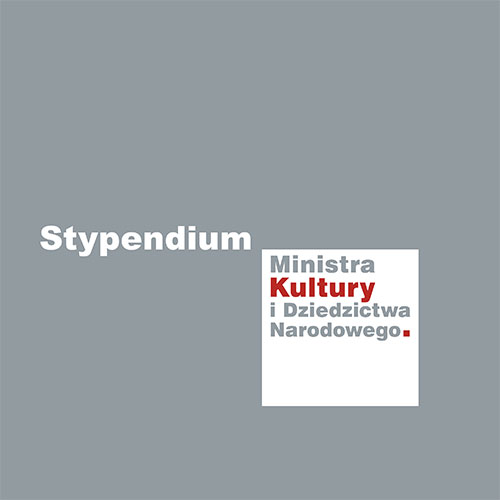 The film was produced within the scholarship of the Minister of Culture and National Heritage. Zrealizowano w ramach stypendium Ministra Kultury i Dziedzictwa Narodowego. 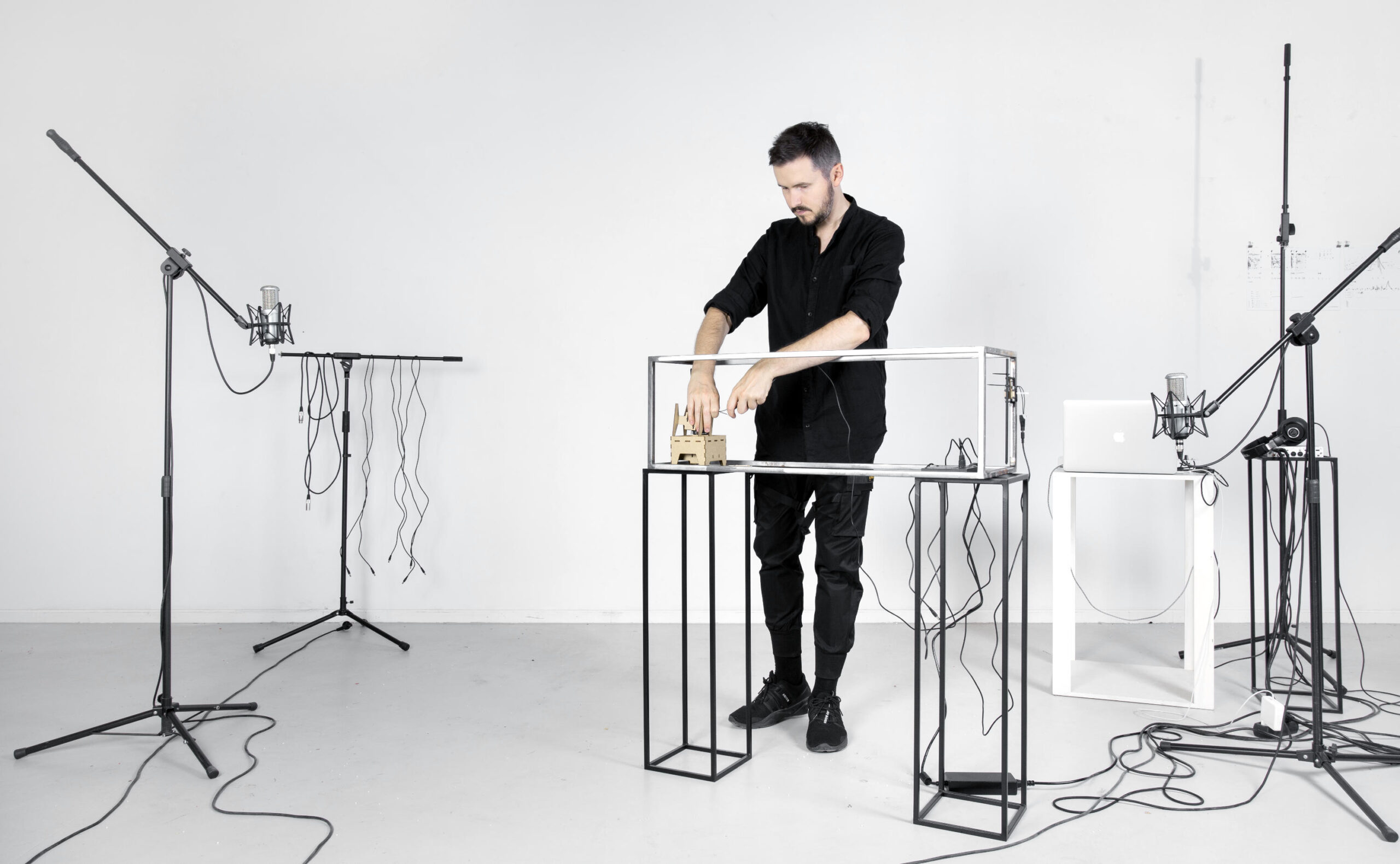